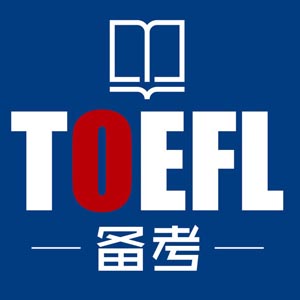 I think it is a great chance for graduate students to teach some fundamental classes in university.

There are many classes in the department where professors need help in areas such aslecture, discussion. Undergraduates in smaller classes taught by graduate students will have more personal interactions with people actively working in the field.

Also, teaching will build their self-confidence in giving professional presentations at conferences, committee meetings, and qualifying and exit exams. Even if they donot remain an academic for life, many organizations will expect them to give presentations.

While the writer proposes three methods to control the amount of carp in Australia, the lecturer questions the strategies and states the reasons.

The author citesthe example of Asian corps to support the approach related to commerce, but ignores that Australian carp is not as delicious as the Asian one. According to the lecture, carp in Australia being rich in protein can only be produced into feedstuffs. However, there is no space in the relevant market, and therefore this method is unconvincing.

Another method mentioned in the written article is to poison the food for carp like corns. The professor, on the other hand, objects to it because carp is able to detect toxinsand avoid toxic food. Thus, poison leaked would harm native fish.

The writer also suggests to engineer carp DNA to achieve the population control. The professor argues against the method by mentioning that the GM genes would stop working in the wild population. Besides, floods may bring some carp which is treated as pets into rivers, and the new population ensures the healthy reproduction of the species.

Do you agree or disagree with the following statement? Movies and television programs should always show audience good people are being rewarded and bad people being punished.

The past decades have witnessed the swift abundance of movies and TV programs, ranging from thriller to adventure. There is an ongoing dispute over whether movies and programs ought to give priority to rewarding good individuals as well as punishing those conducting harmfully. To voice my opinion, the presentation of desirable rewards and proper punishment is the wave of media.

One of the primary factors in favor of constant broadcasting about a good person receiving an award is to disseminate ethic values. Publicizing the considerable significance of rewarding favorable deeds is regarded as a counteraction to curbing the proliferation of selfishness and self-center which act as the key contributor to increasing crime cases. Undoubtedly, rewards can trigger a pleasant and repetitive cycle of good behavior among audience. On top of that, the detailed reports concerning punishing immoral and illegal behaviors would threaten possible criminals, thus effectively reducing offensive actions. As aconsequence, programs and screens related to proper rewards and penalties is conducive to the impartment of favorable outlooks of the world.

Another evidentmerit arising from transmitting praise and condemnation involves the improvement of individual confidence. Staying positive seems no longer achallenging and demanding task for those under less advantaged conditions if they are consistently exposed to such reports and pictures as that helping others would get something in return. Friendly and hospital assistance may falldown once a single person is in trouble, endowing dream-chaser aspirations to keep going on. In other words, movies and programs associated with good peoplebeing rewarded assist audience to get through terrible nightmares. Meanwhile, those with good behaviors acquire absolute trust and gratitude from others,which in turn improves their confidence.

To conclude, it is the obligation and responsibility of media including movies and TV shows to present audience that good deeds would be rewards and punishment would be imposed on bad people.